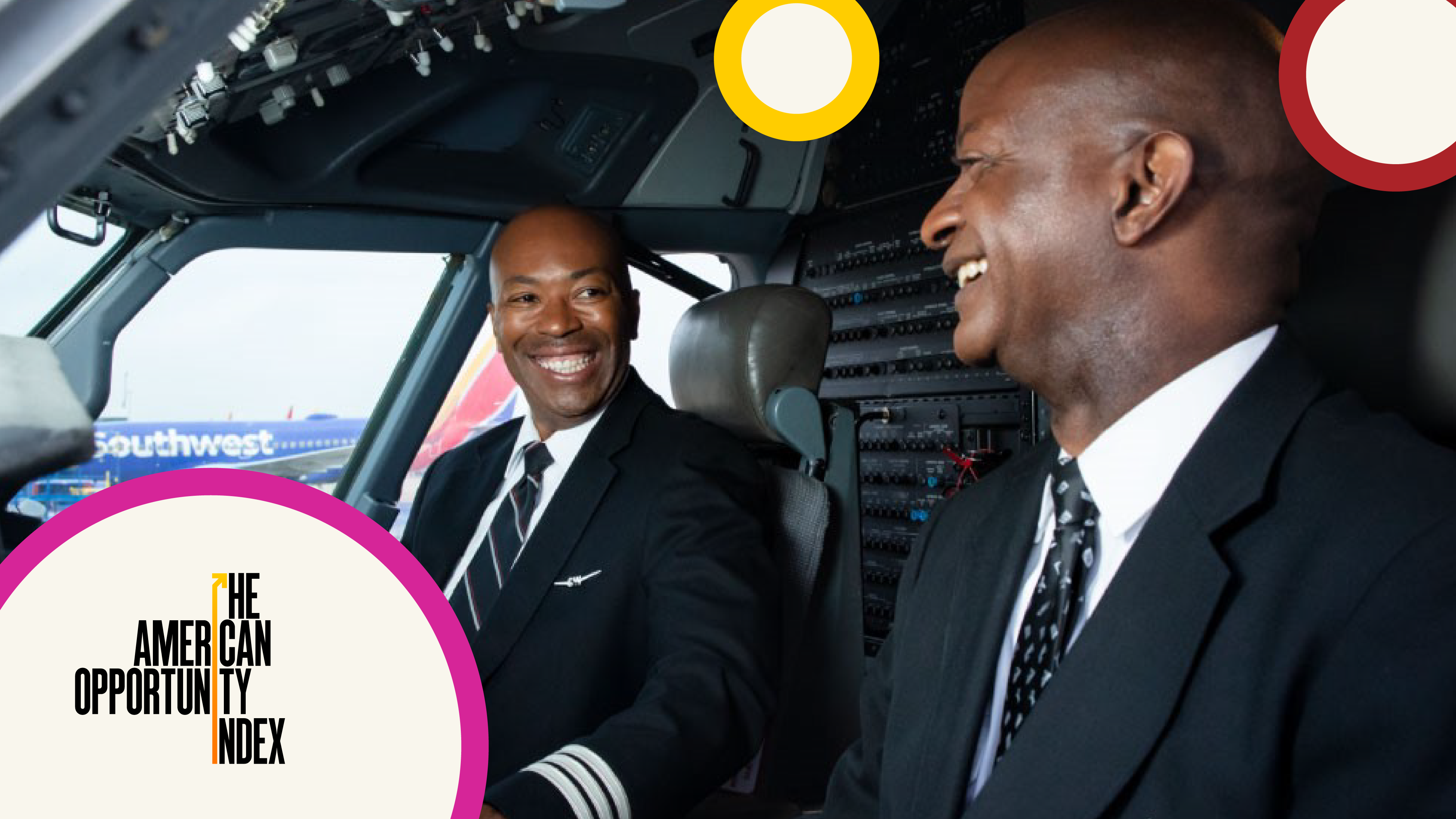 Short-haul flight leader Southwest Airlines, where employees recruit their friends and family, is a leader in long-haul careers

Do you want a job where you’re encouraged to break into song? The hours might be long some days, and you’re definitely going to need a pair of decent shoes and a strong back. But there’s a decent chance you could start at entry level and retire with a seven-figure portfolio—and a good possibility that you’ll wind up working with your friends, family, and even your spouse. If that sounds appealing, Greg Muccio has something to tell you about Southwest Airlines.

“We treat employees really well,” says Muccio, Southwest’s senior director of talent acquisition. “I’ve got so many flight attendants and ramp agents and mechanics retiring as millionaires. And we do a lot of things for employees that other companies try to emulate.”

When it comes to its workforce, Southwest’s biggest point of pride has been the company’s ability to navigate the storm clouds of the oft-turbulent aviation industry. In its 51-year history, the company has never had a layoff. Good wages and a fun workplace, Muccio says, “don’t matter if you can’t give your employees stability and the confidence that when things get tough, you’re not just going to cut them loose.”

Southwest, which placed 10th overall on the 2022 American Opportunity Index, is among the Index’s 50 best workplaces for Career Stability. This category, which recognizes the best firms for workers to stay and thrive, is based on employee retention and wage scores. It includes several prominent technology firms, which are known for offering generous salaries and equity, including Alphabet, Applied Materials, Broadcom, Cisco Systems, Intel, Lam Research, Meta Platforms, Microsoft, Netflix, Nvidia, Qualcomm, Salesforce, and Texas Instruments. Pharmaceuticals and finance are also well-represented, along with energy companies. But when it comes to airlines—an industry notorious for instability and bankruptcies—Southwest stands alone.

When it comes to its workforce, Southwest’s biggest point of pride has been the company’s ability to navigate the storm clouds of the oft-turbulent aviation industry. In its 51-year history, the company has never had a layoff.

Southwest is also among the top 50 in three other categories on the Index, which measures how well the 250 largest U.S. public companies are doing at creating economic mobility for their workers. The Index draws on the real-world outcomes of employees in roles open to non-college graduates. Muccio attributes the company’s success to the growth of its business—and a focus on growing opportunities for employees.

Southwest famously started when a couple of traveling businessmen named Herb Kelleher and Rollin King sketched a triangle on a bar napkin. They wrote the words “Dallas,” “San Antonio,” and “Houston” at the angles. Their idea was to fly between these cities several times a day. It became Southwest’s initial business model. The company now serves 121 airports across 11 countries. “So obviously, we’ve been successful, and that growth creates opportunity,” Muccio says. “But as we’ve gotten bigger, it’s harder to keep growing opportunity that way.”

In response, Southwest introduced initiatives to actively create avenues for growth. The airline established a career mobility team that reports to Muccio, which he likens to a college career center. “Employees come for help with their résumés. They get interviewing tips, and we have tools to help promote their awareness of jobs,” he says. “Because that’s the hardest thing, really. With frontline employees, they’re just so busy in their work that they don’t get exposure to the opportunities that are available.”

Southwest also has an internal university that teaches soft skills to prepare prospective managers and leaders, and other skill sets for all levels of employees. As the airline industry started to emerge from the doldrums caused by COVID-19, and Southwest found itself in need of supervisors across the business, these programs proved highly beneficial. “We ran campaigns and did sessions for employees to help them get ready to fill these roles,” Muccio says, noting that of the employees selected for leadership roles in the past year, 93 percent of them have utilized the career mobility program.

Southwest currently has more than 62,000 exceedingly loyal employees. The company’s annual turnover rate is reportedly around 4 percent—and a high percentage of workers recruit their best friends, family members, and even their spouses.

In Muccio’s mind, those referrals are both a valuable source of talent and a validation of the strength of the culture. At one point, married couples represented nearly 6 percent of the Southwest workforce (the company no longer tracks that metric) and the company employed seven members of the same family—which is pretty on-brand for a company whose three-letter stock ticker is LUV.

IBM’s focus on training helps prepare young workers for better jobs, even if some of those positions are at other companies.

When jobs come open at all levels, Costco and Liberty Mutual often fill them from within, giving employees the opportunity to move up.